Further cementing their relationship with HBO, after hit shows Entourage and In Treatment, Mark Wahlberg’s Closest to the Hole and manager Stephen Levinson’s Leverage production banners have finalized a deal with the premium net to bring the Martin Scorsese-helmed pilot for Boardwalk Empire to series. Scorsese will stay on board as a hands-on exec producer. 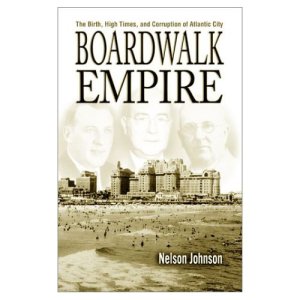 Created by Sopranos alum Terence Winter, the period drama, based on Nelson Johnson’s book of the same name, is set during the early days of Prohibition in Atlantic City and revolves around the life of bigwig Nucky Thompson, who is described as “equal parts politician and gangster.” Steve Buscemi will star as Thompson. Co-stars include Michael Pitt, Kelly Macdonald, Michael Shannon, Shea Whigham, Dabney Coleman and Stephen Graham.

HBO has ordered 11 episodes of the series which is expected to begin production in the fall in NYC, with the premiere targeted for next year.