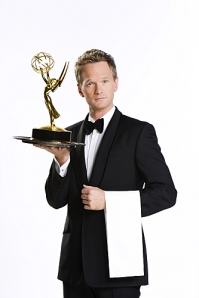 Oh, awards shows. You and I need to have a serious discussion because I can’t stand being the submissive in this kinky little relationship of ours anymore. Finding myself continually coming back to you each time with a deluded excitement that maybe this will be the year you surprise and thrill me, and after half an hour I cannot stay glued to my seat. Yet I stick with you to the bitter end, bad taste in my mouth with a sense of “meh” and “well, I could’ve just checked the IMDb live winner update feed.”

While this seems a backlash of a post, please read as a request for awards telecasts to step up the entertainment and for the various academies to change up the voting habits – not that I don’t love my 30 Rock or Mad Men (congrats to wins not only for best show in their respective categories, but writing too!) – because sitting through 3 hours of “announce list of nominees, open envelope, read winner, not-amusing-nor-poignant acceptance speech, rinse, repeat” gets a little taxing and I think more of us would welcome some upsets, blunders and outbursts once in awhile.

Actor, Miniseries or Movie: Brendan Gleeson, “Into the Storm,” HBO.

Directing for a Drama Series: “ER: And in the End,” Rod Holcomb, NBC.

Writing for a Variety, Music, or Comedy Series: “The Daily Show With Jon Stewart,” Comedy Central.

With the post-event media storm of Kanye/Taylor/Beyonce “drama,” it wasn’t the totally-expected a-hole actions of Kanye during yesterday’s MTV Video Music Awards that caused me to stir in my seat. That happened during Lady Gaga’s performance as right in the middle of her spectacular spectacle it was a backup dancer who, thanks to So You Think You Can Dance is now of rock star calibar status, made me immediately jump up and giddily exclaim, “Season 4 Mark!” 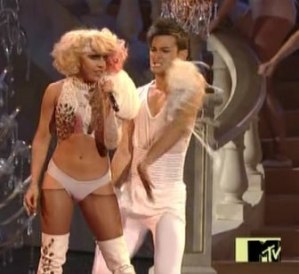 Unlike the practically-guaranteed recording contract given to any top 10 American Idol contestant (those that can carry a tune, that is – Sanjaya, stick to the celeb-reality shows), the dancers on SYTYCD aren’t afforded as much opportunity to gain wide exposure, and usually never seem to have a forum bigger than the brief national tour held post-finale each year. So it’s exciting to see a contestant, especially one who had such a quirky style and stood out in several memorable pieces, have such prominent placement on a big stage like the VMAs.

Some have returned during the audition process and competition rounds to choreograph routines for subsequent seasons’ contestants (Travis and Dmitry are stellar examples of success) and some have shimmied their way over to ABC as pro partners on Dancing with the Stars (Lacey and Chelsie) but more often than not I wistfully wonder, “where are they now?” It’s most likely the nature of the profession, not having a dance equivalent of radio or iTunes to further their careers makes it tougher to follow a favorite, so to give their fledgling hoofers a boost the show should give a shout out every so often to those who have found dance employ, backup or otherwise, after finishing the competition. 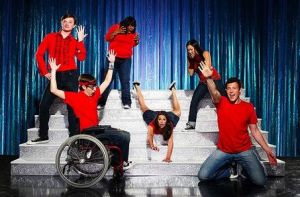 This line, delivered with haughty tone and dramatic storm-out-of-a-room flair by choir (gold!) star Rachel Berry, aptly sums up why Glee has struck a chord (owning that pun) and is firmly at the top of my Must Watch list for the 2009 season. Equal parts musical, absurd comedy, underdogs-realizing-their-potential and coming-of-age high school stories, the mantra of the show is all about, as the definition of “glee” shown in the pilot states, opening yourself up to joy.

And what a joy it is. This is a show that deftly moves between campy (the use of a glee club sung instrumental score – “Flight of the Bumblebee” is especially amazing), wrongly hilarious (just after Rachel finishes narrating her many self-proclaimed exceptional accomplishments she gets a “drive by” slushie to the face) and sincere (embodied by protagonist teacher Will Schuester), and is instantly quotable, particularly anything coming from Jane Lynch (“You think that’s hard? Try being waterboarded, that’s hard!”) as coach of winning cheer squad the Cheerios and nemesis to our intrepid group of songsters.  Most importantly it’s a show that cares enough to make its high school characters, most of which at first glance seem cherry-picked from the cliched outcast student roster – a big, sassy diva; the effeminate boy obsessed with fashion; an over-achieving prissy girl; the kid in a wheelchair – actually show signs of depth and potential for more than what they appear. There are moments where I cringed one second and felt endeared the next when introduced to each member of the ragtag group of singing misfits. 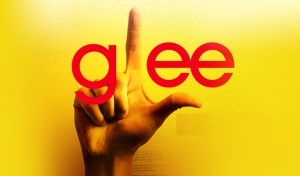 Originally premiering the pilot episode after the season finale of American Idol in May (a brilliant move with its core audience being amongst the rabid viewers to one of the biggest nights on television), I was worried that Glee would soon be forgotten, considering the next episode wasn’t set to air for another three months. However, FOX really surprised (and won major points with me, someone still smarting from un-nurtured, gone-before-their-time FOX shows like Arrested Development, Firefly and Wonderfalls)  by deciding to heavily advertise throughout the summer, offer songs and videos from the show on iTunes and build a strong interwebs presence. Not stopping there, we’re also getting two encore presentations of the pilot this week, with a special Director’s Cut and a “tweet-peat” (Twitter synergized) episode. With Glee‘s official new episode return set for next week, Wednesday September 9th at 9/8c, it now stands as the most highly-anticipated and talked-about new show this Fall. 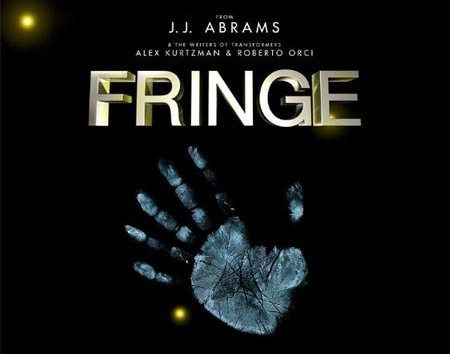 Cashing in on the powers of social networking juggernaut Twitter, FOX will be giving repeats a 21st century face-lift. Dubbed “tweet-peats” the network will be airing an encore presentation of last season’s penultimate episode of Fringe on Thursday, September 3rd at 9/8c with producers joining stars Joshua Jackson and John Noble. The following night at 9/8c they will re-air the Glee pilot, which had a preview screening in May after the American Idol season finale, with cast members Kevin McHale and Lea Michele among others.

The “tweet-peats” are being produced in coordination with Twitter; fans can sign up at Twitter.com/FRINGEonFOX and Twitter.com/GLEEonFOX to follow the event, and will be able to ask questions and reply to the cast and producers’ tweets, with select comments from the discussion carried live on FOX during East and West Coast airings. 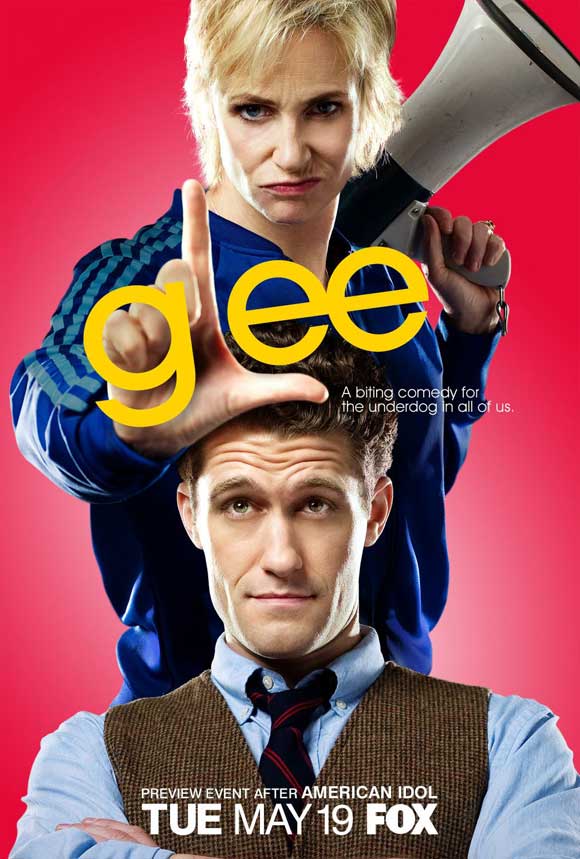 FOX is scheduling other special telecasts leading up to its fall season premieres. On Wednesday, September 2nd, the network will screen a “director’s cut” version of the Glee pilot, with never-before-seen deleted footage. The same night, to rev up viewers for the SYTYCD inaugural fall run, a special So You Think You Can Dance: The Fifteen Best Performances Ever showcasing top performances from the past five seasons.

Actually mama really loves samba but either sexy latin flavor will do the trick, and I’m so looking forward to a bit of both this fall from dueling dance shows, Fox’s So You Think You Think You Can Dance and ABC’s Dancing with the Stars.

While ravenous for all-new episodes of SYTYCD that just ended its summer season recently, I fell behind in viewership of DWTS during its spring cycle, due mostly to a conflict of interest with other Monday and Tuesday night shows (the DVR Gods demand a sacrifice!), but with the names of this year’s “biggest cast ever” released I find myself, although somewhat confused — Tom Delay, really? Methinks he’ll be joining the ranks of Tucker Carlson as the first trainwreck to depart rather than surprise like a Warren Sapp hoofing it all the way to the finals; it’s the teddy bear appeal, the avid granny viewer eats that up — mostly intrigued and shall make an attempt to watch even though no “star” stands out for me to put my fanship behind at present. I do, however, always anticipate rooting for some gloriously incomprehensible and/or inappropriate comment from judge Bruno. It’s worth tuning in just for that Italian imp and all the agita he must give Disney censors.

Meanwhile Uncle Rupie’s Fox will premiere SYTYCD‘s first fall cycle on September 9th, coupled with new darling Glee (will save more giddy musings on that one for a later post). Coming on the heels of its fifth and most successful season to date SYTYCD may not be equal to American Idol in the ratings as yet, but give it time as each year continues to build huge viewer numbers as opposed to the Idol which only seems to be slipping in the ratings. SYTYCD has also never disappointed with the levels of contestant talent, and thereby makes this competition feel more legitimate rather than one that finds pleasure in so-bad-we-have-to-watch-to-see-what-they-do-next entertertainment (aka, no Sanjayas). 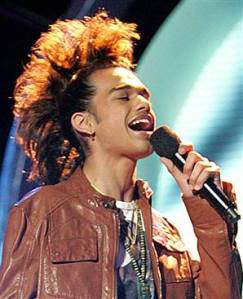 Showcasing not only talented dancers but also an amazing and varied group of choreographers, SYTCD garnered 5 Emmy nominations this year adding to its 6 previous noms and 3 wins, and for those of you unimpressed by such numbers I dare you not to be affected by some of the outstanding performances over the past 5 years most recently with “This Woman’s Work” from Emmy-nominated Tyce Diorio.