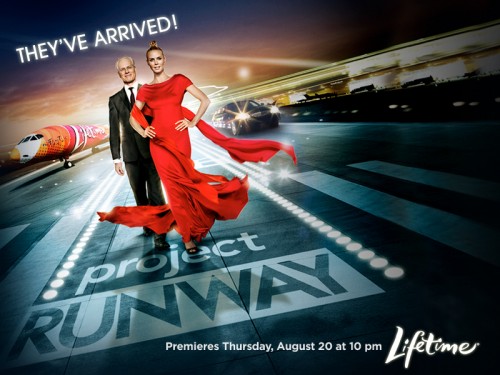 It’s been far too long since last we visited with Klum, Kors and the rest of the Project Runway family, but thankfully the sticky litigation betwixt PR‘s EPs (that’s executive producers in H’woodese) the Brothers Weinstein and NBC Universal has been settled and fashion fans are breathing a collective sigh of relief as the sixth season will premiere tomorrow on its new home, Lifetime.

“Television for Women” is setting its cycles of chic apart from the first five “by Bravo” seasons most notably through inclusion of the new “Models of the Runway” half-hour following every episode, b/c as guru Gunn tells us “Models, this is a competition for you too.” With only 30 minutes to showcase the catwalkers I suspect we won’t be getting any juicy challenges that create the designer drama, but God willing we may get walk-offs here or there, although any head-to-head now pales in comparison after RuPaul re-worked it.